We’re beyond excited to announce the second The Shit No One Tells You About Writing Virtual Retreat
which will be run from 9:30am to 5:30pm (Eastern Time) on the 24th and 25th of September 2022, with a bonus Q&A session on the 3rd of October from 7-9pm ET.
We'll also have a Zoom Literary Musical Bingo welcome party on Friday the 23rd at 7-8:30pm ET.
We have over 20 hours of jam-packed, amazing content lined up for you featuring writers, coaches
and editors at the top of their game. 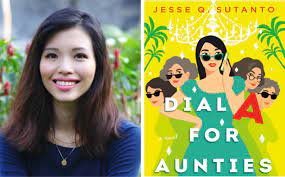 1. Jesse Q Sutanto: How to Stay Motivated Despite all the Rejections

Jesse Q Sutanto is the author of Dial A for Aunties, Four Aunties and a Wedding, The Obsession,
​and Theo Tan and the Fox Spirit.
She has a master’s degree in creative writing from Oxford University,
though she hasn't found a way of saying that without sounding obnoxious.
The film rights to her women’s fiction, Dial A for Aunties, was bought by Netflix in a competitive bidding war.
Jesse lives in Indonesia with her husband, her two daughters, and her ridiculously large extended family,
many of whom live just down the road. 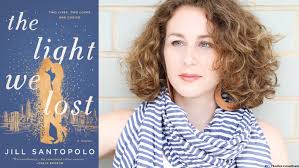 Jill Santopolo is the internationally best-selling author of the upcoming Everything After, More Than Words and The Light We Lost, which was a Reese Witherspoon Book Club pick and has been optioned for film. Her books have been translated into more than 35 languages, and have been named to the New York Times, USA Today, Wall Street Journal, Apple, and Indie Bound bestseller lists. She is also the author of the Alec Flint Mysteries, the Sparkle Spa series, and the Follow Your Heart books.
Jill holds a BA in English Literature from Columbia University, an MFA in Writing for Children from the Vermont College of Fine Arts, and a certificate in Intellectual Property Law from NYU.
She is the associate publisher of Philomel Books, an imprint of Penguin Young Readers Group, where she edits many critically-acclaimed, award-winning, and best-selling books including She Persisted by Chelsea Clinton and Alexandra Boiger, Girling Up by Mayim Bialik, Calling All Minds by Temple Grandin,  Just Ask! Be Different, Be Brave, Be You by Justice Sonia Sotomayor and Rafael Lopez, and Superheroes Are Everywhere by Vice President-elect Kamala Harris and Mechal Roe.
Jill has worked as a thesis advisor at The New School in their MFA program in Writing for Children and Young Adults and was on the faculty of the Columbia Publishing Course. She was also an adjunct professor at McDaniel College, where she helped develop the curriculum for their certificate program in Writing for Children. Jill has traveled all over the U.S.—and to Canada and Europe—to speak about writing and storytelling. She lives in Washington, DC with her husband and daughter. 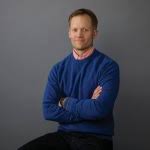 3. Mark Tavani: Comprehending current trends—and understanding how they can shape your craft.

4. Leigh Stein: Write a Memoir that Will Actually Sell: An Introduction to Memoir Plus

Leigh Stein is an author, cultural critic and book development expert.
She's interested in what the internet is doing to our identities, relationships, and politics.
She is the author of five books, including the critically acclaimed satirical novel Self Care (Penguin, 2020)
and the poetry collection What to Miss When (Soft Skull Press, 2021).
Her non-fiction writing has appeared in the New York Times, the Washington Post, the New Yorker online,
Allure, ELLE, Poets & Writers, BuzzFeed, The Cut, Salon, and Slate. 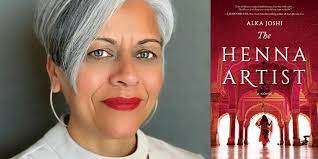 5. Alka Joshi: How to Write a Bestseller

Alka Joshi was born and raised in India until the age of 9, when her family moved
to the United States for her father’s doctorate education. She has a BA from Stanford University
and an MFA from California College of Arts. At age 62, Joshi published her debut novel,
The Henna Artist, which immediately became a New York Times bestseller,
a Reese Witherspoon Bookclub pick, was Longlisted for the Center for Fiction First Novel Prize,
was translated into 26 languages, and is being developed into a Netflix limited series.
The sequel, The Secret Keeper of Jaipur, released June 2021 is also
being translated into several languages. The highly anticipated third book of
The Jaipur Trilogy, The Perfumist of Paris, will be released in March 2023.
​Alka worked in advertising and marketing for 30 years prior to becoming a full-time author. 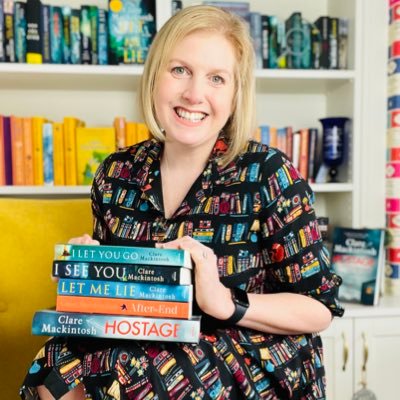 6. Clare Mackintosh: How to Nail Structure

With more than two million copies of her books sold worldwide,
number one bestseller Clare Mackintosh is the multi-award-winning author of I Let You Go,
which was a Sunday Times bestseller and the fastest-selling title by a new crime writer in 2015.
It also won the Theakston Old Peculier Crime Novel of the Year in 2016.
Both Clare’s second and third novels, I See You and Let Me Lie, were number one Sunday Times bestsellers.
All three of her books were selected for the Richard & Judy Book Club.
Clare’s latest novel, After the End, was published in June 2019 and
spent seven weeks in the Sunday Times hardback bestseller chart.
Clare’s latest thriller, Hostage, will be published in June 2021.
Together, Clare’s books have been published in more than forty countries.
Clare is patron of the Silver Star Society, a charity based at the John Radcliffe hospital in Oxford,
which supports parents experiencing high-risk or difficult pregnancies.
​She lives in North Wales with her husband and their three children. 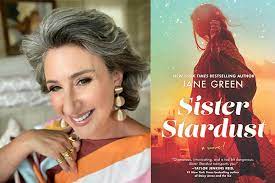 Jane Green is the author of twenty one novels, including eighteen New York Times bestsellers,
one cookbook, and various short stories.
She is published in over 25 languages, and has over ten million books in print worldwide.
She has been part of the ABC News team covering royal weddings,
has had her own radio show on BBC Radio London, and has made regular appearances on TV and radio.
She contributes to a number of newspapers and magazines, and is a graduate of the
​International Culinary Institute in New York.
Green is an avid cook, amateur decorator, and passionate gardener.
She is also a regular storyteller for The Moth.
Her first story for The Moth, Greener Grass, was video taped and subsequently went viral
on Facebook, with over three million views.
A resident of Westport, Connecticut, she lives there with her husband and a small menagerie of animals.
Her children swear they have flown the nest, but she’s not sure she believes them.

8. Kiersten Modglin: Indie Publishing and Gaining Super Fans
(to replace Matt Bell: How to Write and Rewrite a Novel in Three Drafts.
Matt unfortunately had to withdraw from the retreat but we hope to have him attend the next one)

​KIERSTEN MODGLIN is an Amazon Top 10 bestselling author of psychological thrillers and a member of International Thriller Writers, Novelists, Inc., and the Alliance of Independent Authors. Kiersten is a KDP Select All-Star and a recipient of ThrillerFix's Best Psychological Thriller Award and Suspense Magazine's Best Book of 2021 Award. She grew up in rural western Kentucky and later relocated to Nashville, Tennessee, where she now lives with her husband, daughter, and their two Boston terriers: Cedric and Georgie. Kiersten's work is currently being translated into multiple languages and readers across the world refer to her as 'The Queen of Twists.' A Netflix addict, Shonda Rhimes superfan, psychology fanatic, and indoor enthusiast, Kiersten enjoys rainy days spent with her nose in a book. 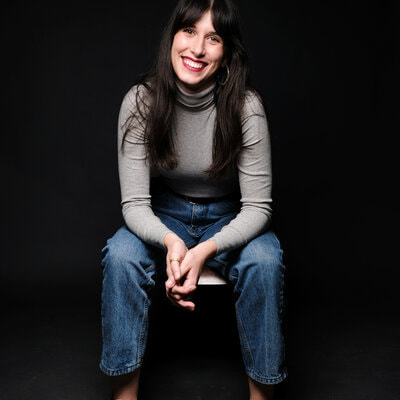 9. Elizabeth Gassman: How to Write a Proposal

Elizabeth Gassman was an assistant editor for Little, Brown through end of 2021
where she worked on a wide range of nonfiction titles including Clint Smith’s National Book Award finalist
How the Word is Passed, Ronan Farrow’s Catch and Kill, and The Doors’ guitarist Robby Krueger’s Set The Night on Fire.
Currently, she is a freelance editor and writer consulting to Other Press, Grove Atlantic, Soho Press, W.W. Norton and Pegasus Books. Additionally, she has assisted in the publication of all types of literary, suspense, and translated fiction
at multiple independent publishers while working as a bookseller at
Book Culture on the Upper Westside.
She is currently working on a novel.

​Uzma Jalaluddin grew up in a diverse suburb of Toronto, but her favourite place in the world is the nearest bookstore or library. Her debut novel, AYESHA AT LAST (2018), is a retelling of Pride and Prejudice set in the Toronto Muslim community. The novel was a Goodreads Choice Award Finalist, featured on The Today Show, and was a Cosmopolitan UK Book of the Year and Publisher’s Weekly Best Book of 2019. AYESHA AT LAST was optioned for film by Pascal Pictures.
Her second novel, HANA KHAN CARRIES ON (2021) was an instant Canadian bestseller. The novel is a reimagining of ‘You’ve Got Mail’ set in rival halal restaurants. HANA KHAN CARRIES ON has been optioned for film by Amazon Studios and Mindy Kaling. 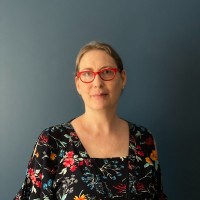 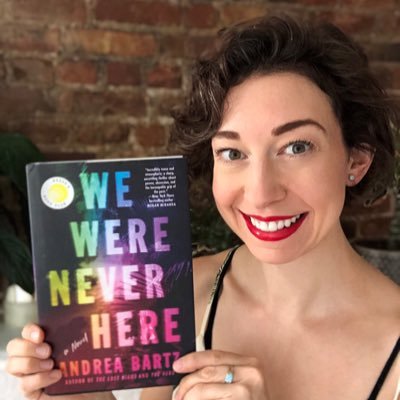 Andrea Bartz is a Brooklyn-based writer and editor.
Her debut thriller, THE LOST NIGHT, received starred reviews from Library Journal and Booklist
and was optioned for TV by Mila Kunis and Cartel Entertainment.
Her second novel, THE HERD, was named a best book of 2020 by Real Simple,
Marie Claire, Good Housekeeping, and CrimeReads.
Her third thriller, WE WERE NEVER HERE, was the Reese’s Book Club August pick
and an instant New York Times bestseller; it’s in development at Netflix.
She's also a journalist whose work has appeared in The Wall Street Journal, Travel + Leisure,
Marie Claire, Vogue, Cosmopolitan, Women’s Health, USA Today, Elle, and many other outlets,
and she's held editorial positions at Glamour, Psychology Today, and Self, among other titles. 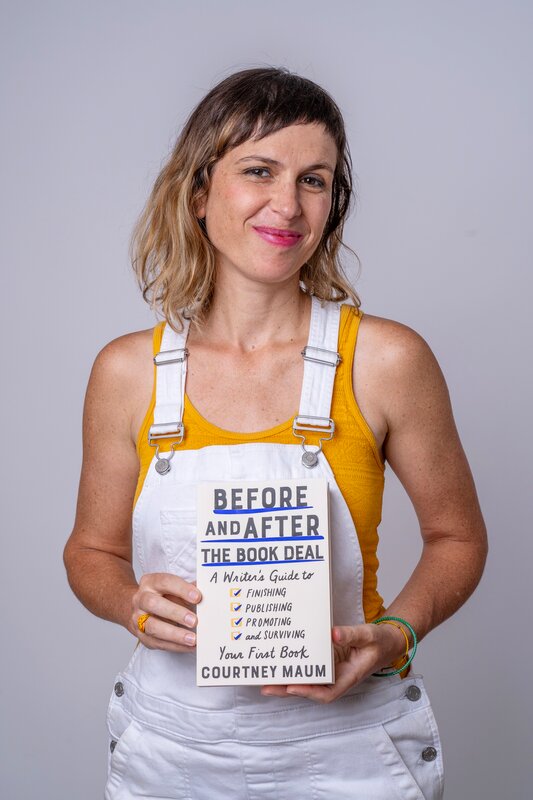 13. Courtney Maum: Query Letter Writing 2.0: How to get an agent's attention in a competitive market

Author of five books, including the game changing publishing guide BEFORE AND AFTER THE BOOK DEAL
and the memoir, THE YEAR OF THE HORSES, (chosen by The Today Show as the best read for mental health awareness),
Courtney is a writer and book coach hellbent on preserving the joy of art-making in a
culture obsessed with turning artists into brands.
A nominee for the Joyce Carol Oates prize and the host of the monthly “Beyond Fiction”
conversation series at Edith Wharton’s The Mount, Courtney’s essays and articles on creativity
have been widely published in outlets like The New York Times, The Wall Street Journal and The Guardian,
and her short story “This is Not Your Fault” was recently turned into an Audible Original.
A frequent interviewer of high-profile writers such as Anne Perry, Ottessa Moshfegh, and Edouard Louis,
Courtney is also the founder of the learning collaborative, The Cabins.
You can sign up for her publishing newsletter and enroll in her online writing classes at CourtneyMaum.com
114. Bianca, Carly and CeCe: Q and A Session at 7-9p ET
on the 3rd of October
Have questions? This is the perfect opportunity to move through
three Zoom rooms so that you can ask them of the TSNOTYAW
hosts.

The cost of the two-day virtual retreat is $499.00 and includes a recording of the event
as well as various materials.

Prizes:
There are a whole bunch of fabulous literary prizes up for grabs
that could change your writing life!

Scholarships:
We’re passionate about supporting talented writers who might not have been able to
attend our retreats without funding.
For the Fall 2022 Retreat we have awarded
over a dozen scholarships.
​Applications are now closed.​