We’re super excited to announce The Deep Dive Workshop Series which is the only virtual series/retreat that The Shit No One Tells You About Writing will be offering in 2023!

Previous retreats were run over the course of a weekend, requiring our delegates to absorb a lot of information in a very short period. Since the best way to learn is to ask lots of questions, apply all the theory that you’re learning, and then have time to process all the information, we’ve decided to run a 10-week series instead of holding a weekend retreat.

Each two-and-a-half-hour weekly session (which will run from the 31st of January until the 4th of April) will include either an author, editor, creative writing instructor, or leading industry expert at the top of their game who will: ​
This will be followed by a one-hour workshop in which Bianca, Carly or CeCe will lead group discussions along with writing exercises so that you can immediately put into practice what you’ve just learned, while at the same time getting an opportunity to network with other writers.

We have 25 hours of jam-packed, amazing content lined up for you with the schedule being as follows:

Tuesday, 31 January
8–10:30pm ET
What Made Me Fall in Love With Five Books I Acquired
Tara Singh Carlson is an Executive Editor at Putnam and the first editor to have two books selected by the Reese Witherspoon Book Club.
She has edited Where the Crawdads Sing by Delia Owens, The Light We Lost by Jill Santopolo, and The Silent Wife by A.S.A. Harrison.

Tuesday, 7 February
8-10:30pm ET
Live Edits to Elevate First Drafts – Tiffany will accept anonymous submissions from delegates which she will edit live to show delegates how to elevate their first drafts
​Tiffany Yates Martin is an author and a developmental editor at FoxPrint Editorial who’s worked on titles by New York Times, USA Today, Washington Post, and Wall Street Journal bestselling and award-winning authors. She is also an author who publishes under the name, Phoebe Fox.

*Wednesday, 15 February
8-10:30pm ET
Six Things I Learned from Writing My Breakout Book
Karen Dionne is the international bestselling author of The Marsh King’s Daughter and The Wicked Sister.  Karen has been helping writers hone their craft and navigate the business side of traditional publishing for almost 20 years.

*Tuesday, 21 February
7-9:30pm ET
How to Harness Publishing Trends and Q & A About the Publishing Industry
Jane Friedman has spent nearly 25 years working in the book publishing industry, with a focus on author education and trend reporting. She is the editor of The Hot Sheet, the essential publishing industry newsletter for authors, which was named 2020 Media Outlet of the Year by Digital Book World. Her latest book is THE BUSINESS OF BEING A WRITER (University of Chicago Press), which received a starred review from Library Journal. In addition to serving on grant panels for the National Endowment for the Arts and the Creative Work Fund, she works with organizations such as The Authors Guild to bring transparency to the business of publishing.

Tuesday, 28 February
8-10:30pm ET
Great Beginnings: Perfecting Line One, Page One and Chapter One.
Hank Phillippi Ryan is the USA Today bestselling author of 13 thrillers, winning the most prestigious awards in the genre: five Agathas, five Anthonys, and the coveted Mary Higgins Clark Award. She is also on-air investigative reporter for Boston’s WHDH-TV, with 37 EMMYs and dozens more journalism honors. Book critics call her “a master of suspense,” “a superb and gifted storyteller,” and she’s the only author to have won the Agatha in four different categories: Best First, Best Novel, Best Short Story and Best Non-Fiction.

Tuesday, 7 March
8-10:30pm ET
Writing Diverse Characters with Care, Dignity, and Dimensionality
Jayne Allen has authored four non-fiction books, in addition to the three books in the bestselling Black Girls Must Die Exhausted trilogy, currently in development as a television series.  Her second novel, Black Girls Must Be Magic, was named by Essence Magazine as one of the 7 Best Novels of 2022.
It is Jayne’s passion to help further the cause of increasing diversity in book publishing and to use her work to help people move past bias in the name of growth, connection, and innovation.
Jayne is also the founder of Book Genius, a full-service online book marketing and author branding course.

Tuesday 14 March
8-10:30pm ET
Creating Three-Dimensional Characters
Claire Lombardo's debut novel, The Most Fun We Ever Had, was an instant New York Times bestseller and has been translated or is forthcoming in over a dozen languages. Her second novel, World of Fools, is forthcoming in 2023-24 from Doubleday Books. Claire is a graduate of the University of Illinois-Chicago and the Iowa Writers' Workshop. She has taught fiction writing at the University of Iowa and currently teaches at Grinnell College.

Tuesday, 21 March
8-10:30pm ET
The 15 beats of Save the Cat! Writes a Novel
Jessica Brody is the author of the #1 bestselling plotting guide for novelists, Save the Cat! Writes a Novel and the founder of Writing Mastery Academy, an online learning platform designed to help writers break through challenges and achieve their goals.
Jessica’s books have been translated in over 20 languages and several have been optioned for film and TV.

Tuesday, 28 March
8-10:30pm ET
The Sentence: Acoustics, Syntax, and Style
Matt Bell is the author of the craft book Refuse to Be Done, a guide to novel writing, rewriting, and revision, as well as various novels. His writing has appeared in The New York Times, Esquire, Tin House, Fairy Tale Review, American Short Fiction, Orion, and many other publications. He teaches creative writing at Arizona State University.

Tuesday, 4 April
8-10:30pm ET
How to Make Place Matter
Christina Clancy is the author of Shoulder Season and The Second Home. She received a PhD in Creative Writing from the University of Wisconsin-Milwaukee, and taught English for almost a decade at Beloit College.

* Please note that all sessions will be run on Tuesday nights from 8-10:30pm ET except for the 15th of February (which is a Wednesday so as not to ruin any Valentine’s Day plans!) and the session on the 21st of February which will run from 7-9:30pm ET instead of 8-10:30pm ET.

The cost of the 10-week virtual series is US $599.00 and includes all recordings (which will go out the next day so you will always be up to speed even if you have to miss a session) as well as various resource materials.

(All of the early-bird pricing slots have been taken and we now revert to regular pricing).
To Register

Prizes you could win...
(More will keep getting added!) 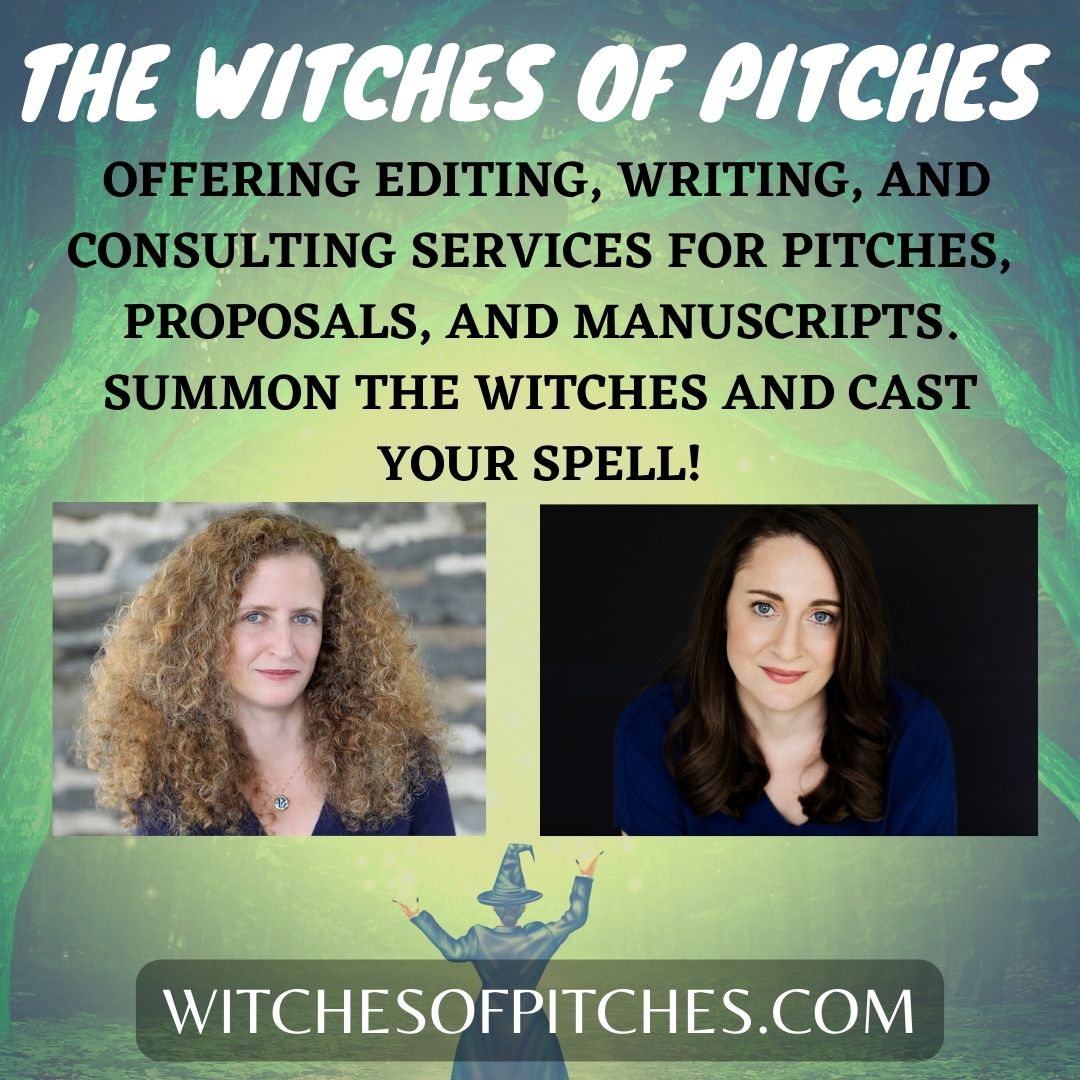 Each witch will read and edit your pitch in MS Word track changes to help it get noticed among a sea of pitches in an editor’s inbox.
A twenty-minute follow-up Zoom will be used to further flesh out the pitch and provide suggestions on places to pitch.

For more information about Robin's services and to see the amazing feedback
she received after our last giveaway, head to:
readerly.net/oneyes/

​We’re passionate about supporting talented writers who might not have been able to attend our retreats without funding. For the upcoming Deep Dive Workshop Series, the TSNOTYAW Scholarship Fund has awarded 15 scholarships.
Everyone has now been notified so if you applied, please check your spam folder just in case!
Applications are closed until the next series.